Above: © Nomadsoul1 | Dreamstime; While young girls are predominant victims of trafficking, about 20% of victims are male.

We have a problem — there’s just not enough comprehensive, substantive data. But depending on various accounts, between 100,000 to 1.5 million children are trafficked for sex every year in the United States. From risk factors to technology, this FAQ tries to address why trafficking happens, and details the factors that make runaway/throwaway youth most at risk for being targeted.

The sex trafficking of minors is an American epidemic. Despite an increase in legislative efforts, community awareness campaigns, the creation of task forces, and the provision of funding for victim services to address this issue, missing children who are believed to have run away of their own free will, with no solid evidence of coercion, being lured, or being forcefully removed from their homes or last known location, ultimately become the lowest of our collective priorities.

Why? Possibly because the data is hard to collate and capture, and many runaway youth return to/from their homes without reporting their experiences while on the streets.

Take, for example, the case of Sandra*. Sandra, a 16-year-old girl, was raised by her grandmother until the age of eight. She was placed in the foster care system upon her grandmother’s passing. At the age of 13, Sandra began running away from her placement home due to unwanted sexual attention by a caregiver in the home. During her time away, a man named Darryl* befriended Sandra. She confided in Darryl about her grandmother’s passing and the discomfort she felt in her foster home. He sympathized with her and promised he would protect her. He offered Sandra the opportunity to live with him. Sandra met with Darryl several times before running away from home for good. Darryl told Sandra that she had to repay him for living expenses by exchanging sex for money with his friends and neighbors in the building.

What is the prevalence of sex trafficking in the United States?

There has yet to be a comprehensive study done to determine an accurate number of children that are victims, but the statistics currently available put that number at anywhere from 100,000 to 1.5 million children per year.

The numbers do not give us a clear perspective on this issue, but if we look at this only from the number of Runaway/Thrownaway children in the United States [NISMART-2, 2002], an estimated 1,682,900 youth had a runaway/thrownaway episode in 1999, and an estimated 1,190,900 could have been endangered by factors such as substance abuse, sexual or physical abuse, the presence of criminal activity in their environment, or being 13 or even younger. All of these issues put our children at risk of being trafficked.

Part of the issue with obtaining accurate statistics can be shown in the following numbers:

What are common risk factors?

The factors most likely to cause youth to run away overlap with the factors at put them at risk for sex trafficking. These may include prior physical, sexual, or emotional abuse, exposure to violence, family conflict or lack of familial acceptance, mental health concerns, substance abuse, school problems/truancy, and deviant peers. Regardless of the circumstances that cause youth to leave home, we know that youth who wander away, run away, or who are lured from their homes are a definite risk for victimization, exploitation, and homelessness.

What is the average age of sex-trafficked youth?

The most quoted statistic about the average age of entry into sex trafficking is 12-14 years old. Like other statistics, however, we simply don’t have enough information because the only source of real information comes from survivors that are willing to share their stories. The victims of this crime do range from very young children to adolescents, and represent a wide variety of ethnic and socio-economic backgrounds.

Are female youth more likely to be trafficked?

Yes. Girls are the predominant victims of sex trafficking, but it is important to know that about 20% of sex trafficking victims are male. This is “an issue that cuts across class, race, and even gender. Both boys and girls are exploited in this way.” [Trafficking in Persons Report June 2005 and June 2017]

How are minors lured into sex trafficking?

There are many ways that children become victims of sex trafficking. Victims are trafficked by family, friends or acquaintances, and individuals who were once unknown to them. The recruiting or luring of victims may start at an early age with a caregiver who sells the child for drugs, to pay a debt, or for any number of reasons. As children get older, traffickers outside the home will look to target vulnerable children.

The most common methods involve the use of both psychological and physical manipulation. For instance, a trafficker will pretend to be a responsive, considerate, attentive, and loving boyfriend or girlfriend. If a child is having problems with their caregiver(s), traffickers will also play the role of rescuer, providing that child with the kindness and compassion they are missing, and promising a potentially safe place for that child to go to. Traffickers also use “sextortion” when they are able to convince a young person to send sexually explicit photos or videos of themselves, and then use those as blackmail against that child. Other lures can involve “survival” (food, a place to stay, or other basic necessities) and violence.

Any child may be vulnerable to a person who promises to meet his or her emotional and physical needs. Traffickers know that they need to build trust and allegiance to ensure the minor will remain loyal even in the face of severe victimization.

Traffickers find victims in everyday locations — at the bus stop, the mall, schools, group homes, foster care homes, and shelters, to name a few. Promises of jobs, freedom, love, jewelry, electronics, and other things all children want, make our most vulnerable easy targets.

How is technology being used to target victims?

It is important to note that many of these relationships may begin online before they meet in person. Traffickers have said they will take up to a year or more to groom a child online, in order to gain that child’s trust, before suggesting a meeting in person. Some pretend to be school-aged children themselves, or perhaps just slightly older, use fake profiles to lure children in, and always lie about their intentions, making it impossible for a vulnerable child online to recognize they are being targeted.

Traffickers use social media (Facebook, SnapChat, Instagram, etc.) to target potential victims, some claiming to send out hundreds or thousands of friend requests, and then beginning the process of building loyalty with the ones that accept that request.

How do traffickers use technology to exploit children?

As mentioned above, technology, as a tool, is a tried and true modern-day method of gaining the trust of young people, and is often the modus operandi used in children ultimately becoming victims of sex trafficking. Once a victim is lured in, the most common way for a child to be sold for sex is online. Many websites, like Backpage.com, host content that advertise minors as prostitutes.

According to the US Department of State Fact Sheet on the Online Sexual Exploitation of Children, “the low financial cost of this criminal enterprise (an Internet connection and a mobile device or computer-linked webcam), coupled with its low risk nature (as seen by the relatively small number of convictions globally) and high profitability are driving the rapid growth of online sexual exploitation of children.”

How can law enforcement determine if a reported runaway is at risk for sex trafficking?

From whatever statistics are available, we know that children who run away from home are at tremendous risk of becoming victims of sex trafficking. There are a number of indicators that can help confirm if a runaway might be a victim of trafficking, and typically, there will also be a number of indicators to help lead law enforcement in that direction. Some of these include significant behavioral changes, new friends or a new, possibly older, boyfriend, deleting, erasing, or locking all social media accounts, and a history of being a repeat runaway, among others.

At the Missing and Unidentified Persons Conference, September 19 – 21, 2017, the Polly Klaas Foundation will take a closer look at these indicators, provide specifics on how law enforcement may use runaway reports to initiate sex trafficking investigations, and work within a department to implement new investigative tools. Here, Jenni Thompson, Director of Legislation and Education at the Polly Klaas Foundation, shares more about her presentation at the conference and speaks of how the Foundation is leading the way in supporting law enforcement investigations of sex trafficking.

Chris Young, Chair of the Bay Area Search and Rescue Council, will also participate in the conference and provide a discussion about how local organizations can support law enforcement investigations of missing persons. Learn more about Chris’s presentation here.

Note: *Sandra and Darryl are pseudonyms. Sandra’s story is like that of many at-risk youth, lured away from home by acquaintances and/or strangers who gain their trust. 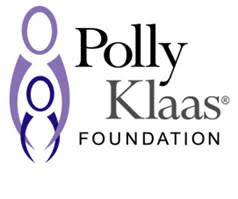 About the Polly Klaas Foundation: Since 1993, the Polly Klaas Foundation (PKF) has been a national nonprofit dedicated to the safety of all children, the recovery of missing children, and public policies that keep children safe in their communities. They have helped more than 10,000 families of missing children with a 97% recovery rate and have become sought-after experts, especially in the area of the sex trafficking of endangered runaways. They provide training to law enforcement professionals, social service agencies, and to 7th – 9th grade students to ensure that issues relating to both the quick recovery of our missing and trafficked children and the prevention of trafficking are addressed. The PKF also works closely with state and national lawmakers to address issues of child safety, missing children, and human trafficking.

This website uses cookies to improve your experience while you navigate through the website. Out of these cookies, the cookies that are categorized as necessary are stored on your browser as they are essential for the working of basic functionalities of the website. We also use third-party cookies that help us analyze and understand how you use this website. These cookies will be stored in your browser only with your consent. You also have the option to opt-out of these cookies. But opting out of some of these cookies may have an effect on your browsing experience.
Necessary Always Enabled
Necessary cookies are absolutely essential for the website to function properly. This category only includes cookies that ensures basic functionalities and security features of the website. These cookies do not store any personal information.
Non-necessary
Any cookies that may not be particularly necessary for the website to function and is used specifically to collect user personal data via analytics, ads, other embedded contents are termed as non-necessary cookies. It is mandatory to procure user consent prior to running these cookies on your website.
SAVE & ACCEPT